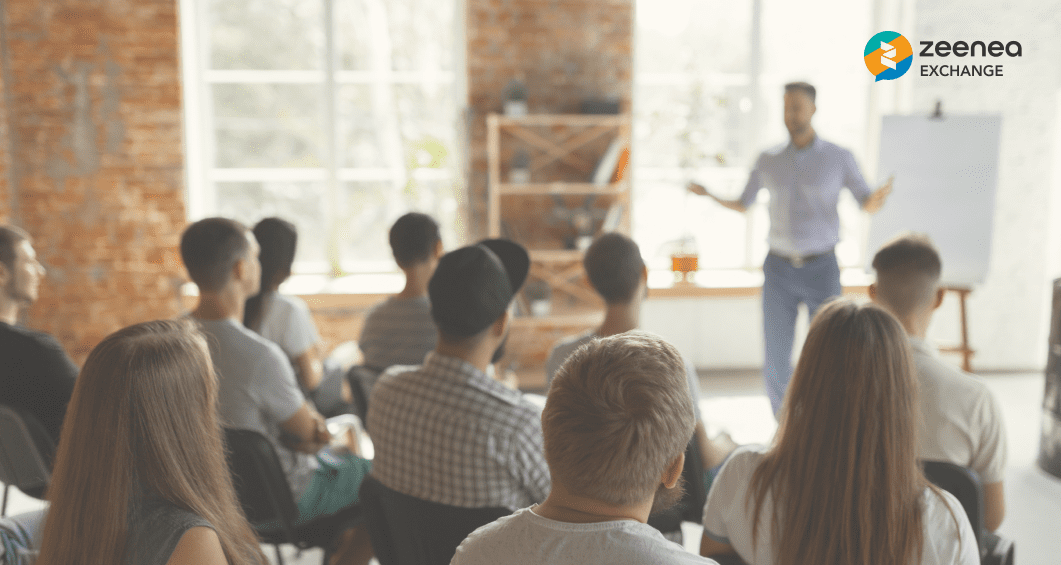 On October 12th, we invited our French-speaking customers to a round table discussion on the following topic: “How to get different contributors on board in a metadata management project”. This event was an opportunity for Zeenea Data Catalog’s community to share the difficulties they faced, as well as all the approaches implemented to overcome them.

In this article, we will summarize the main points that emerged during our discussions.

Our clients’ representatives first mentioned the difficulties encountered in mobilizing contributing users, from technical profiles to business profiles, as well as the adoption of the Data Catalog tool itself.

Reluctant contributing users do not systematically perceive the interest in decentralizing data knowledge in a tool, considering that this knowledge is already accessible to them (local culture, if not individual). This problem was particularly illustrated with the example of developers who considered that the documentation was carried by the code and that a duplication of this documentation was therefore of no interest.

However, some participants noted that it was not so much the technical contributing users who needed to be convinced, but the business users, for whom the value of the Data Catalog was difficult to grasp.

Solutions put in place to overcome these difficulties

For several participants, the approaches or means used to engage contributors are based on a Data Lake project or a technical migration of a platform, which allows to frame a first step dedicated to metadata management in the validation process.

Documentation thus becomes a necessary activity in the project. The entire process then becomes an automatism, and in some cases is implemented even before the selection and use of a dedicated metadata management solution.

Communication also plays an important role for some participants. It is particularly structured in the case of one participant, with the implementation of a “blueprint” to share the rules (rules for contribution and use of the data catalog). They explained how they set up weekly project meetings with representatives of each business line, identified “data representatives”, sent out newsletter-type communication, and a monthly journal. This communication thus serves the objective of creating a data community.

The attractiveness of the platform

Just like a dictionary that does not cover all the letters of the alphabet, a data catalog that is perceived as inconsistent will attract neither the contributor nor the user. It is therefore important to work on the perimeter of the information in order to establish increments that can be reached quickly and consistently. In connection with this initial phase, which is considered critical, gamification was mentioned and judged to be a good impetus, but not a permanent one.

Explaining the importance of the Data Catalog

It is also important to emphasize the importance of the purpose of implementing a data catalog, as well as the underlying message: documenting data should not be an option or a bonus, but a fundamental principle within companies. This rule of thumb must be instilled in contributors, just like a vehicle safety inspection.

Focusing on an “offensive” approach

In order to maximize the chances of success of the Data Catalog project, it is crucial not to focus on so-called “defensive” use cases; in other words, all use cases consisting of documenting and representing legal and/or regulatory imperatives, such as the GDPR (or BCBS 239 regulations in the banking industry).

Indeed, while they are important, these defensive use cases do not generate value, and will not have much appeal to BI profiles for example.

It is therefore important to understand the needs of target users in order to quickly integrate “offensive” use cases into the Data Catalog project.

This is, for example, the case of a participant belonging to the retail industry, who opened Zeenea to users in the marketing department. The latter can now find the information they need easily and efficiently to accomplish their tasks, without having to solicit the owners of the data.

Focusing on an “offensive” approach

Finally, the implementation of a data governance approach in the broadest sense of the term requires in-depth reflection within the company. This ranges from identifying (and then communicating) the importance of data in corporate strategy, to redefining operational models to implement the entire data strategy.

To illustrate this, the example of a French banking company was cited, which set up “data objectives” for all employees with a definition of the responsibilities expected of them. This type of approach requires a change in mindset, moving from an individualistic vision to a collective vision of data.

Following the success of this first edition, we are going to organize other Zeenea Exchange meetings around new themes, and with our international partners. We will share with you the main conclusions and best practices for the success of a data management project!