Confidentiality, knowledge graphs, and exploration will bring satisfaction to your data stewards and your data teams in 2021

Zeenea offers a new generation data catalog focused on user experience. It enables easy discovery and understanding of data assets with maximum simplicity through automated features and customization of the application.

Our Product Spotlight articles provide an overview of the latest major updates in Zeenea Data Catalog upon our release.

Discover in this article the objectives of this latest release as well as its latest advances.

1. Keeping your confidentiality in a optimal way

New configuration of connections and scanners

For this new release, Zeenea offers a new system for configuring connections to our customers’ data storage systems in order to secure their information.
This new approach, in the form of configuration files embedded through scanners, allows companies to no longer store their connection secrets in Zeenea’s SaaS platform and to keep the information related to their systems confidential, which remains local in the IS. 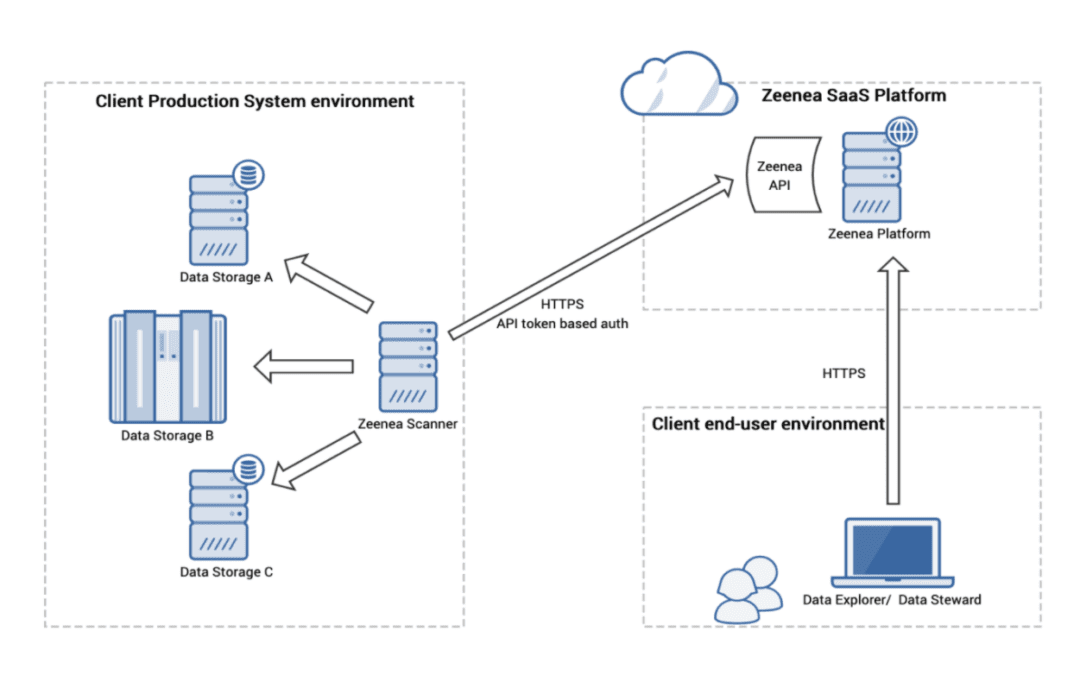 Additional benefits of our approach

In addition to increased security, this new feature, combined with a multi-scanner approach aims to provide:

NB: Zeenea Scanner is the process of establishing connections to storage systems in order to extract metadata.

2. A new interface for administrators

We now offer a dedicated space for administrators, allowing a better separation between business actions and management of Zeenea’s platform.

3. Build a Business Lineage with our new custom items feature

These items allow you to document entirely new concepts, without being limited by the native types provided by default in Zeenea, such as datasets, their fields, data processes, visualizations, or business terms in your glossary.

In short, they offer greater flexibility to data management teams when building documentation to model abstract and complementary notions of the metadata structurally offered by Zeenea.

Each new item type can then be used on each metamodel to create relationships with the set of item types managed in Zeenea and thus enhance catalog exploration using the concept of a knowledge graph.

What’s new is the way in which Customized Items can be fed into Zeenea Studio? Today we offer two ways for you to proceed:

Last September, we announced the launch of our new application: Zeenea Explorer. It offers a search and exploration experience separate from the Zeenea Studio application.

Users can now search through all native items in the data catalog.

With Zeenea Explorer, our customers can now provide their teams with an application dedicated to the search and exploration of native items already filled in Zeenea Studio, using its search engine or a set of filters:

These are the most standard elements represented in a catalog. This concept refers to a table in a database or a CSV file.

The structure of a dataset is described in its schema. This structure contains the enumeration, if known, of Fields, which typically correspond to the columns of a table in a database.

They are reports to which the datasets used to build them are linked.

They are the defining elements of one or more company glossary(ies). They provide information about the other items in the catalog to which they are linked and give a business outlook to properties.

Data profiling informs users about the statistics related to the fields in the datasets. They allow an extensive viewing of the data by providing characteristics such as: the number of values counted in the field, top values, the average, the minimum, the maximum, the median, the standard deviation, the distribution of the data, etc.

Only the number of values counted in the field is a true statistic. The other elements are approximate data calculated from sampling.

The proportion of missing values in the field relative to the number of values counted is shown as a progress bar. When a field has many missing values, the gauge is proportionally colored in bright orange allowing for an easy to read first visual information. 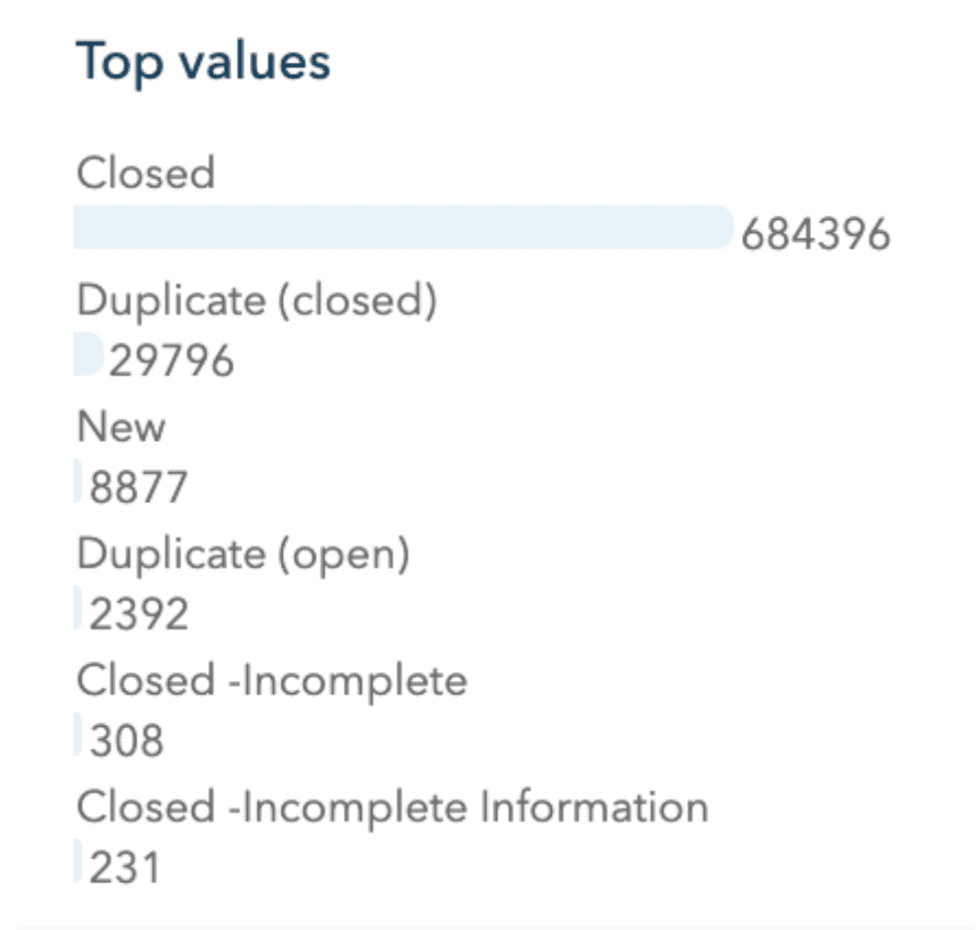 Vertical histograms show the distribution of data for numeric value type of fields. They therefore indicate the number of values counted by increments on a scale from the minimum to the maximum value. 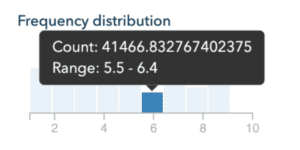 Box plots summarize statistical information in a simple and readable way and complement the vertical histograms in order to analyze distribution. They highlight the quartiles (first and third), the median, and the ends of the box plots. The latter are calculated by using 1.5 times the interquartile range (the distance between the first and third quartile).

Graphs representing numerical values have tooltips that allow users to observe more closely the values presented as they hover their cursor over the graph.